This site is no longer active. We have a new project which is focusing on the best nektan casino sites. Check out this to find the list of the UK friendly Nektan casinos.

BattleLoreMaster.com was dedicated to the first edition of the fantasy wargame from Days of Wonder. The game was later acquired by Fantasy Flight Games, who released and support a second edition.

Best Strategy Board Games for 2020

Best Party Board Games for Adults 2020

The new home for all of Universal Head’s essential gaming goodies is The Esoteric Order of Gamers. 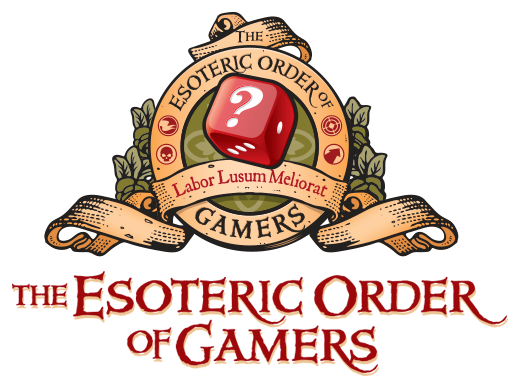 Category: Site Updates View/Add Comments: Comments Off on The Esoteric Order of Gamers

End of an Era

After four years in operation, I’m deciding to officially close down the BattleLoreMaster website. It seems all I’ve been doing for a while now is repeating information already on the Fantasy Flight Games site.

Back in the old days when the game was first released, there was a huge buzz from the original publisher, and a lot of excitement about the future of BattleLore. They were very supportive of this site, sent me new releases, and at one time there was even the possibility of getting the job of writing a background sourcebook for the game, and a bright future for the character of The Raven, a creation I’m still very proud of. Unfortunately, all that was not to be.

I’m sure FFG will continue to support the game and release the occasional expansion, but there’s really no longer any incentive for me to keep updating this site, let alone expand it.

For the moment, I’ll be keeping the forums open and the site how it is online, but unless there are some huge changes in the BattleLore world I’ll no longer be updating it.

Thanks for coming along for the ride BattleLore fans; it was fun to create this site and be part of the excitement around the original release. A special thankyou to those who contributed content. BattleLore is of course still a fantastic game and will always be a valued part of my game collection, and I look forward to seeing what FFG will do with it.

The Raven sends his regards as well. He is on some dark mission in a land of shadow, no doubt risking life and limb for pay. I’m sure we will hear rumors of his exploits again one day.

Apparently it’s been tough to get hold of a BattleLore core set for a while now, so Fantasy Flight Games has introduced a stop-gap measure by ‘repurposing’ some French sets with English cards and reference sheets. English rules will be made available as a PDF download. Look for a big red sticker on these boxes.

Days of Wonder must have printed a huge run of BattleLore when they first released the game … it will be interesting to see how FFG tackles the production problems surrounding the core set when these repurposed French sets run out.

My guess is in a smaller edition with smaller armies; so if you still haven’t got a core set, grab one (or two) now!
Check out the full announcement on the FFG site.

Update: As announced here, the following expansion sets will get the same treatment to make them available: Goblin Skirmishers, Goblin Marauders, Dwarven Battalion, and The Hundred Years’ War.

Fantasy Flight Games has announced another BattleLore army pack: Code of Chivalry. The Humans are being expanded with knights, arbalestiers, and lancers.

In keeping with the ‘something old, something new’ nature of recent releases, the box will contain two new unit types as well as two types previously released in the Hundred Years War (arbalestiers) and Scottish Wars (the mounted knights) expansions, plus 6 new Call to Arms deployment cards.

Now that we’ve had ‘top-up’ packs for the Humans, Dwarves and Goblins, fingers crossed for a new race next time!
Check out the announcement on the FFG site. More information is promised soon.

There’s some new information about the Arbalest, Spotter and Mighty Bolt Thrower unit types on the Fantasy Flight Games website. Iron Dwarf Spotters come equipped with the Spy Glass, and are a single figure that can be embedded in a single ranged foot unit. When present, the unit’s ranged weapon attacks receive an additional hex of range and roll an additional combat die.

Mighty Bolt Thrower units are made up of two bolt thrower figures and two Iron Dwarf crossbowmen acting as a crew. They can fire up to 5 hexes and benefit from bonus strikes when making ranged attacks. They are vulnerable however—each hit they take eliminates a Bolt Thrower AND a crewman.

Check out the article on the FFG site for full details and card images.

In the box will be six different types of Iron Dwarf units, including Bear Riders and Mighty Bolt Throwers. 40 new figures, 27 cards, and a rulebook with 4 new adventures.

Check out the announcement on the FFG site. More information is promised in the coming weeks.

I finally got a chance to play the brand new ‘BattleLore’ game from Fantasy Flight Games, Battles of Westeros, so I thought I’d write up my first impressions of the game for anyone who is wondering what this new incarnation of BattleLore is all about. ‘Battles of Westeros First Impressions’ is one of series of weekly articles for the Games Paradise online blog.

I’ve finally finished updating my rules summaries and reference sheets for BattleLore, and this time I’ve put them all together into one download: the BattleLore Rules & Reference Pack. This comprehensive PDF document summarises in compact, easy-to-reference form all the BattleLore rules currently available. If you wish, you’ll never have to use the reference cards again.

You’ll find a host of similar rules summaries and reference sheets for many popular games at The Esoteric Order of Gamers.

If you find any errors or have any suggestions for improvement, please let me know.

I must apologise in advance, but I won’t be helping to make or host translations of this file—unfortunately, it’s just too time consuming to provide the original art files, check the layout etc. This latest version will be hosted here in English only, though you can still download the translations that have been done by dedicated fans in the past.

And now, the Dragons …